After some further working with my database I’m going to run with the working hypothesis that the different shaped stud carriers are indeed the result of different manufacturing facilities. There are some general trends and there are some exceptions, so I want to summarise my thoughts on some aspects of those.

I’ve only looked at the earlier numbered calibres – there seems little point in coming too far past the point of the merger of the companies and certainly all of the later production have triangular carriers so at some point this was consolidated. Nearly all of the early cylinders have triangular carriers and this is no surprise as I can trace the history of many of them back to M&ST before the merger. There are four calibres with rounded carriers – 6,7,12 and 13. Of course these are two paired calibres – open faced and hunter giving us a 16 and 18 ligne calibre which we could assign to LTG. It is interesting to note that these are the first calibres in the numeric sequence of calibres. Of course this is unlikely to be the total number of calibres used by LTG and to that we can add the family members such as 36.

The exception to this is calibre 32 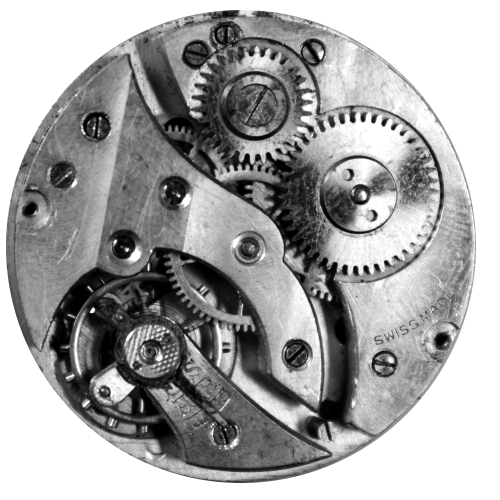 which I think is part of the calibre 48 family – an M&ST design for sure. 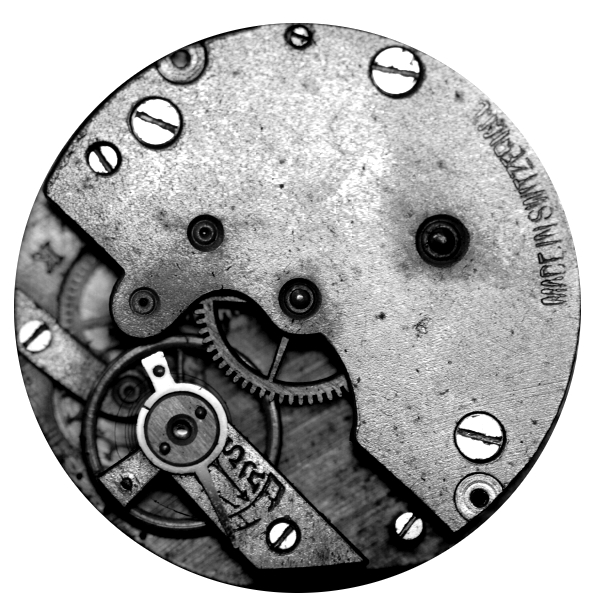 Looking at the two however there are a couple of points to note. The 32 is jeweled, which whilst not rare for the 48 is unusual. The second is the balance wheel. The 48 pictured above carries the standard M&ST cylinder balance, so it seems to me that the 32 is an upgraded calibre and so not out of the bounds of possibilities that it was finished in a higher standard facility – such as the LTG operation.

The early levers are on the whole consistently have rounded carriers. In the official M&ST calibre lists the first ones to have a triangular stud are the 175 and the 202. What I did not expect in the whole sequence was that the carriers are consistent across all examples I have – I was expecting that perhaps early ones were rounded with later being triangular, but this is not the case at all – once rounded always rounded even for those pushing into the 1930’s.

The 175 and 202 are interesting as they challenge the hypothesis. So too do some of those calibres I have identified – the 23,26,29 and 35. The picture in that sense with the levers is much less clear. Why would some have triangular and others rounded? The 23 is especially interesting as it is pillar and plate construction and certainly an LTG design, a 189 family member. The 23 however is the calibre which features in the A Michel catalogue and its history is a little muddied.

Calibres 26 and 29 are the 194 and 195 family which have rounded carriers yet have triangular carriers. These two are examples of top of the range calibres, but are undated as yet, and it’s also true that the carriers are stubbier than the M&ST ones. 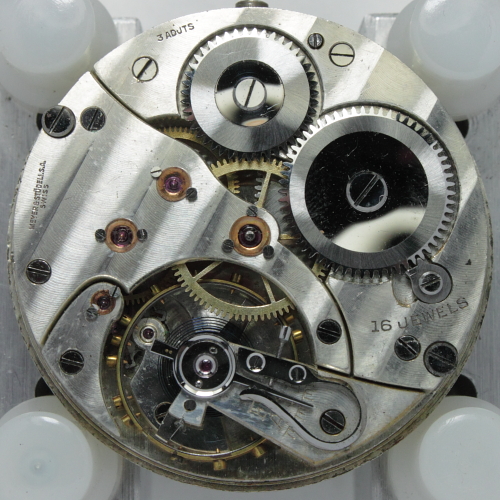 The evidence is still far from conclusive. Trends are there as well as exceptions. The exceptions can be explained or excused. There is another factor with the levers and that is keyless works layout. It appears that there are three general designs (ignoring the one rocker exception) and the pillar and plate one is clearly restricted to those movements. Of the two remaining layouts (which again are not notably different, mostly in the placement of the setting lever spring) there is no correlation between keyless works and stud carrier design. Since the keyless works are far more fundemental to the design of the watch than a finish it does indicate a common origin to all the lever watches.